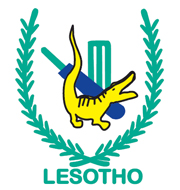 The development of cricket in Lesotho remains a work in progress. It became an Affiliate Member of the ICC in 2001 and made its international debut in 2006.

Lesotho's baptism on the major stage was more about gaining experience than achieving great success. It was no surprise therefore, when it finished eighth and last in the Pepsi ICC Africa World Cricket League Division 3. It did gain a victory in the group stage - against Malawi - on its way to finishing sixth in 2008 before slumping back to fifth and last place in Division 3 in 2009. Women's cricket is also beginning to gain a footing, with the Lesotho Cricket Association - in conjunction with the Ministry of Youth, Sport and Gender - launching their Women's Cricket Programme in Maseru in July 2005.