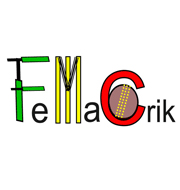 Malians began playing organised cricket in Mali in 2002 at a school (Kalanso) in Djelibougou, a part of Bamako. The following year, 2003, saw the founding of the 'Association Malienne pour le Cricket (AMaCrik)' in Bamako by a Malian English teacher, Mr Kawory Berthé, his colleagues and a British family. The first-ever cricket tournament in Mali was held in 2003 between different classes at Kalanso school. The following year, 2004, cricket spread to other schools in the area.

With help from the ICC development programme there has been a steady expansion and development of the sport. FeMaCrik is highly committed to education and development and organises courses for would-be trainers, umpires and scorers. 2009 will see the first cricket administrator's course.

FemaCrik seeks to partly address its social responsibility through its efforts to remove or avoid barriers to participation underprivileged areas. It has been particularly encouraging to see cricket provide several young Malians with new possibilities for meeting economic needs.

Although cricket remains a minority sport within the primarily football culture of the country, Mali is proud to represent French-speaking West Africa in an English-speaking dominated context and is gradually earning and recognition from its more experienced neighbours in the region.

Young women and girls participate fully in the weekly training and playing activities in Bamako and several have quickly become competent scorers appreciated by men and women alike.