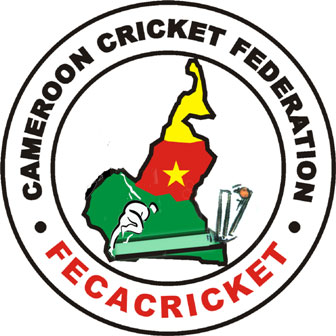 As cricket grew in popularity, moves were made to create a national body to control and manage the game and Cameroon's ministry in charge of Sports and Physical Education for the formation of such a federation set conditions. On 15th February 2005, a ministerial decision officially recognised the Cameroon Cricket Federation (FECACRICKET) as the sole governing body of the sport in Cameroon.

Since then, FECACRICKET is forging ahead with its missions and objectives while CCOP continues to develop cricketers for Cameroon and empowering youth through cricket. FECACRICKET worked hard to meet ICC guidelines for Affiliate Membership and Cameroon was consequently admitted as an Affiliate at the Annual General Meeting in London on 29th June 2007.

The FECACRICKET development programme entitled VISION 2013 has as global objectives: making cricket popular in Cameroon and carrying it to the grassroots, improving the quality of the game already being played by Cameroonians, acquisition and development of equipment and infrastructure, education on coaching, administration, umpiring and scoring and stepping up media coverage, public relations and sponsorship drives for cricket. Also among its aims is initiating fund raising activities for Cameroon cricket.

Key elements in the development programme which targets both adult and junior cricket in Cameroon include the 'Taking Cricket to Schools' initiative (which is and adaptation for Cameroon of the successful South African Bakers Mini Cricket initiative), youth cricket clinics and holiday cricket camps, training courses for coaches, umpires, scorers, administrators and other stakeholders and the partnership with the Cameroon Cricket Outreach Programme.

FECACRICKET ensures that publications, documents meant for public consumption and educational cricket literature are all translated into French to facilitate communication, as Cameroon is a bilingual country.

Women's cricket has been an integral part of Cameroon's cricket development programme since 2005. Women and girls are afforded certain benefits such as free registration into the federation and cricket teams, incentives for creating female teams, specialised training, and, during the Cup of Cameroon finals and the annual cricket awards gala nights, special prizes are offered to outstanding female cricketers.