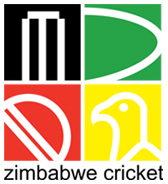 The first cricket match staged in Zimbabwe (then Rhodesia) took place on 16 August 1890 near Masvingo (then Fort Victoria). Touring sides gradually began to filter over to Rhodesia in the 1900s and the standards of the game further improved when they entered the South African domestic competition (the Currie Cup). After independence Zimbabwe was elected as an Associate Member of the ICC in 1981 and eventually played its inaugural Test match in October 1992 (against India in Harare) having already competed in three one-day World Cup tournaments.

Zimbabwe's first ever World Cup match suggested the birth of a welcome new entrant onto the international scene, when it beat Australia by 13 runs at Trent Bridge in 1983. Sadly not everything has run smoothly in Zimbabwean cricket since then. Zimbabwe has not played a Test since September 2005, officially withdrawing in January 2006, although it does continue to play One-Day Internationals. For a while in the late nineties, it was among the toughest sides to beat in Test cricket (its peak coming in 1998-99 when it won a home series against India and went to Pakistan and won there). Zimbabwe last made its mark on the international stage in September 2007 when it beat Australia in the ICC World Twenty20.