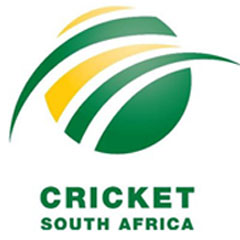 Cricket took hold in South Africa from the time that Great Britain began to seize control from the Dutch in the late 1700s (the whole of South African Dutch possession finally being ceded through the Anglo-Dutch Treaty in 1814). The first recognised cricket match in the history of South Africa was played on 5 January 1808 between two teams of English officers posted there. Interest accelerated sufficiently for South Africa to become the third Test nation (following in the footsteps of England and Australia) in 1889 (the same year that first-class cricket began in the country) against England at St George's Park Cricket Ground in Port Elizabeth. It was also one of the three founder Members of the ICC in 1909.

Politics kept South Africa out of the ICC Cricket World Cup until 1992 but when it finally got its chance it was ultimately beaten by the weather as much as England in the semi-final in Sydney. South Africa has since been subject to a succession of heart-breaking exits - none more so than in 1999 when a tie in the semi-final was enough for Australia to progress at its expense. South Africa also disappointed on home soil in the inaugural ICC World Twenty20, when it went out at the Super Eights stage. Its solitary major one-day success thus far came in 1998 when it won the first Champions Trophy in Bangladesh. It has always been a competitive Test outfit and traded positions with Australia at the top of the ICC rankings over the winter of 2008-09 when South African won away before its opponents returned the favour a few months later. South Africa made the semi-finals of the ICC Cricket World Cup in 2015, eventually being knocked out by co-hosts New Zealand.