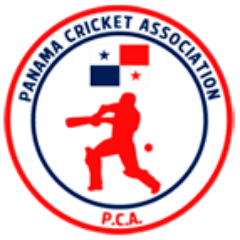 Cricket in Panama began with colonials who came from the West Indies area during the construction of the Panama Canal. Most of them originated from India and they joined local people in playing cricket on their day off - Sunday.

After the colonials left the country, grounds that were previously used for cricket were used for soccer games as there was a drop in interest in cricket. But an increase in people of Indian origin saw the creation of the Indian Society, which set about finding a venue for cricket to be played, and to interact with each other, and so the game grew.

Panama joined the ICC as an Affiliate Member in 2002 and since then the game has been flourishing among the youngsters in the country.

Playing in recent regional ICC tournaments, Panama has finished second and third, ahead of countries such as Belize, Suriname and Turks and Caicos. In Panama, there is only one senior league in which 19 teams participate. Before that the league was split into two - as Hindu and Muslim cricketers played separately. But with the intention of promoting peace and tolerance, these two leagues were combined. The focus for the next few years is to create more competitions and tournaments to promote an interest in cricket at junior level.