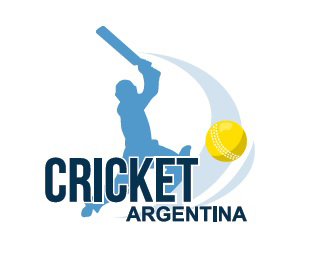 Argentina first played international cricket in 1868, against Uruguay, while international competition against Brazil dates back to 1888, and against Chile to 1893, this encounter famous for the Argentine team taking three and a half days to reach Santiago in Chile, crossing the Andes by mule. In 1891, the famous annual three-day North v South fixture was played for the very first time, and is still today a highlight of the domestic calendar. The first league competition was held in 1897.

The Argentine Cricket Association was founded in 1913; 1900 to 1939 are considered the golden years where cricket reached a high standard, many players reaching English county level. Argentina played first-class matches between 1911 and 1938. Unfortunately, the sport went into decline after World War II, until Argentina became an Associate Member of the ICC in 1974, and took part in its first ICC Trophy in 1979.

A solid performance at the 2001 ICC Trophy in Canada ensured the world took note of Argentina's cricket potential, particularly a stunning victory over Malaysia. The team's success at the ICC World Cricket League Division 3 in Darwin, Australia in 2007 thrust this relatively unknown team was with no doubt the highlight in the international arena.

Nowadays, the team has to advance in the regional tournaments to get back into the global competitions. A yearly South American Championship is played where a Development side is featured mixing experienced and upcoming players, Argentina is the current champion. The youth national teams also participate in a yearly South American championship while the U19 finished second on net run rate in the last Americas Cup. Last but not least, the Women´s National Team “The Flamingos” are the strongest team in the sub region (winning 5 out of 6 South American Championships) and highly competitive against the likes of USA and Canada. The team is aiming to return to the international arena in the short term.