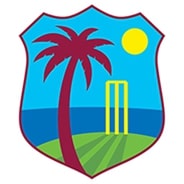 The first Caribbean club, St Anne's, was formed in Barbados in 1806 and soon became part of the European culture on the island through the military. But it was only in 1865 - 32 years after the abolition of slavery - that the first inter-colonial match occurred, between Barbados and Demerara, now part of Guyana. Trinidad soon joined those sides in a triangular competition, but it would only be in the latter half of the 20th Century, with the increasing availability of air travel, that such teams as Jamaica could play other islands regularly. West Indies took time to establish itself as an international side, but finally beat England in 1930, in Trinidad.

West Indies enjoys the distinction of winning the first ICC Cricket World Cup, in 1975, and then retaining the trophy in the next edition, in 1979, both trophies being held in England. It is one of only three teams to have won the World Cup more than once, with Australia and India being the others. It won the ICC Champions Trophy in 2004 – the only time it has won the trophy – and it also won the ICC World Twenty20 in 2012, beating Sri Lanka by 36 runs. It repeated the feat by claiming the ICC World Twenty20 2016 double both men’s and women’s in India, Carlos Braithwaite smashing four sixes off the final over to defeat England.

West Indies is a country steeped in deep cricket tradition and, though never as high profile as the men, the women have been a useful force since the 1970s, the time when their game started to get more serious. There were two island sides in the first Women's World Cup in 1973 - Trinidad and Tobago and Jamaica - and this was also the same decade that West Indies Women made its debut in Tests. The men's board took over the game in 2005 and, although the women didn't play internationally for three years, the domestic competition was strong enough to ensure it kept its fifth-place world ranking in the 2009 World Cup. Its best showing to date in a major tournament came in 2010 when it knocked out holders England on the way to the semi-finals of the ICC World Twenty20 on home soil and in the ICC World Twenty20 2014, when it again made it to the semi-finals.