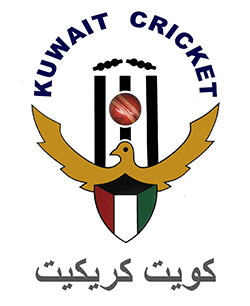 History of cricket in Kuwait

Kuwait, with competitive teams at all age-group levels, good administration, plenty of domestic commercial support, exceptional facilities and a desire to truly be a vibrant member of the international cricketing community.

Success at ACC level and then ICC level was not far away. By the start of the 2009 season, Kuwait had four fully-turfed grounds, quite an achievement at the time for this small nation. It duly made its presence felt in 2011, having won the ICC World Cricket League Division Eight at home, it went on to win Division Seven in Botswana. It lost only one game in the two tournaments, to Germany, the team it defeated by six wickets to win the Division Eight title. Its victory in the Division Seven final, which earned it another promotion, was just as emphatic where they defeated Nigeria by 72 runs.

Success again eluded them at the ICC World Twenty20 qualifier in Sharjah, UAE where they narrowly lost to Oman for the title position on Net Run Rate basis.

Kuwait has been host to number of international tournaments including the prestigious ICC World Cricket League and the ICC U19 World Cup qualifier for the region along with numerous ACC tournaments for Seniors, Juniors and Women’s cricket.

Kuwait Cricket has taken upon the initiative to popularize the game among the locals and develop them to competitive level. The pinnacle of their effort was the participation of the first ever Kuwait national cricket team at the 17th Asian Games in Incheon, South Korea in 2014; which no other Arab cricket nation has achieved so far.

Kuwait Cricket has an official Umpires Panel and Coaches Panel to look after the wellbeing and development of the game in the country. They have a membership of over 100 qualified staff ranging from Beginners to Level 3.

The cricket governing body is relentlessly pursuing further growth of the game in the country by allowing greater access and participation by the Kuwaiti nationals, creating links between clubs and schools, forming of junior sections within established clubs, improving existing facilities and providing public pitches and practice facilities. Kuwait Cricket's goal is to be the best possible cricket resource for all its members and to make Kuwait Cricket a worthy member of the global cricket community.