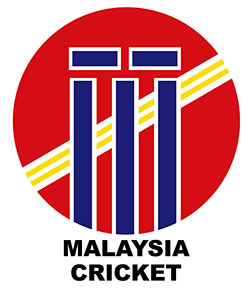 Cricket came to Malaysia with the colonisation by the British around 1884-86. The British planters founded Royal Selangor Club with a big-sized ground for their entertainment which in the course of time became the seat of cricket in then Malaya. The Malaysian Cricket Association (MCA) was founded in 1963.

The Kinrara Oval houses the MCA Office and is the “Home of Malaysian Cricket” which has floodlit facilities. The country's ability to organise and deliver a top-class international tournament was demonstrated by the Tri-Series between Australia, India and the West Indies in September 2006 and the 16 nation ICC Under-19 Cricket World Cup in 2008. The Asian Cricket Council (ACC) and the ICC had found Malaysia an accommodating host for numerous tournaments. The MCA also hosted the ICC Annual Conference in 2012.

Malaysia’s ability of being an ODI nation is on the rise with promotions in the ICC World Cricket League Division Six right up to Division Three.

Malaysian cricket has been steadily improving as manifested by the results in the various competitions. The National Team performed extremely well when they were Champions of the ICC World Cup Cricket League Division 4 in 2014 while gaining promotions in the same year. The Under-16 team become Champions of the ACC U-16 Elite Cup in 2012, a first ever in a ACC tournament.

Malaysia has been competing in the ASIAN Games since the inception of cricket in 2010 and narrowly lost out in qualifying to the semi-finals in the 2014 edition.

The pathway for home-grown talent in Malaysia is school cricket leading to state cricket then Development Squad, A Team and national team. Youth development has been a strong feature of Malaysian cricket. Around 12 of the 15 states in the country participate in the junior tournaments annually such as the National U-16 and U-19.

There is clear pathway set for players wishing to don the national colours with 5 year plans drawn up for domestic tournaments that will stimulate the development of players. There will also be overseas attachment for player development.