Cricket Board of Maldives 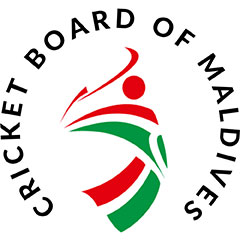 Cricket has a long history in the Maldives. A form of cricket called “Filaagandu Boalha” (Wood plank ball) was introduced to the Maldives around 1880 by a scholar who returned from Ceylon (Sri Lanka).

The game was progressively adopted over these years. Formal cricket rules and regulations were first introduced around 1920. The year also marked the formation of the first cricket club in the Maldives, the Malè Cricket Club. At that time cricket was played in palace courtyards, on the streets and open spaces and was very much an elite sport. Organised matches were played between visiting teams of British naval vessels.

The first government organised training programmes were begun in the 1960s. In March 1969 a training programme was launched for the first time with facilities for outdoor nets and slip boards. The Cricket Control Board of Maldives (CCBM) was established on 1 January 1983 by the government to promote and develop the game of cricket in the Maldives. The Maldives became a member of the Asian Cricket Council in 1996, and an affiliate member of the International Cricket Council in 1998.

Since playing International cricket since the early 1960s, Maldives biggest triumph in any international sports has come through cricket, with the Maldives national team winning the Emerging Nations Tournament consecutively in 2005 and 2006 and the Asian Cricket Council Trophy Challenge in 2010 securing ‘Affiliate’ Status for the National Team.

Maldives age group teams have also shown considerable progress over the past few years with the Maldives Under 15 team winning 5th place in the ACC U15 Challenge Cup held in Thailand in 2006.

Many of the retired cricketers and current players take part in the Development Programme ‘Cricket for the Year 2000 and Beyond’, which is specifically aimed at introducing cricket to school children with the long term aim of creating a new generation of talented cricketers who will represent the country. Launched in 1999 with the primary aim of introducing cricket to school children. The programme inducts players from all the primary schools in Malè and each year is expanding to more islands around the country.