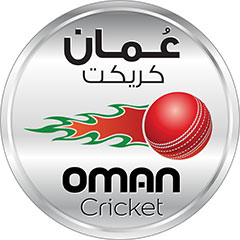 Oman Cricket was formed in 1979 with first Patron in Chief Late H.H. Sayyid Abbas Bin Faisal and Mr. Kanaksi G Khimji as founding members and first President - post which he still continues to hold. Oman became an affiliate member of the ICC in 2000.

Ministry of Sports Affairs, Oman, recognized Oman Cricket Club as a Private, Independent Organization in 2006 thus opening the way to hold Elections for Board Members.

Oman gained Twenty20 International status in 2015, it defeated Namibia in a sudden-death match at the ICC World Twenty20 Qualifier 2015 and they finished in the top six and qualified for its first ICC World Twenty20 in 2016 which was hosted in India.

At the ICC Annual Conference, held in Melbourne, Australia, in June 2014, the Oman Cricket Board was upgraded from an affiliate member of the ICC to an Associate member.

Currently a huge ground development phase with the construction of a second turf ground, academy building with indoor training facilities is in progress and due for completion in 2017.

The Oman Cricket began its development projects in regional Oman by appointing committees in Sohar and Salalah to manage the Cricket activities in their respective regions.