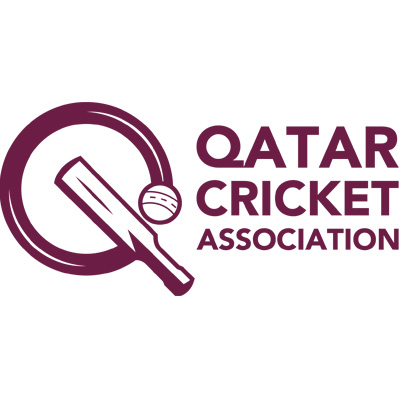 The game of cricket started to play in Doha in 1977 in the car parking of Khalifa Stadium. That time only 8 teams were participating in the league tournament. In 1980 twelve major teams decided to form the Qatar Cricket Association.
The Cricket popularity was increasing day by day and reached to its heights through the contribution of businessmen and business executives. The President and players decided to form the council under the umbrella of the Qatar Cricket Association in 1987. The prime objective was to improve the level of cricket by bringing it to a national level and to gain recognition of the local sports controlling body by aligning Q.C.A with the local sports club.

The Q.C.A. was evolved and expanded during this period. With the sincere efforts of the President, H.E. Sheikh Hamad Bin Jassem Bin Jabor Al Thani who consented to become its chairman.
His Excellency the Chairman made tremendous contribution to cricket development by making two additional grounds outside the Khalifa Stadium bringing the total number of grounds over there to seven.

In 1996 the QCA was given legal entity by the Y.A.S.A. through Resolution No. 13/1996 issued by H.E. the President of the Youth and Sports General Authority. As per the resolution, the Q.C.A. Executive Board has been formed with H.E. Sh. Hamad Bin Jassim Bin Jabor Al Thani, Prime Minister and Foreign Minister, State of Qatar, as its Chairman.

His Excellency the Chairman has made a great contribution for promotion of cricket and arranged a ground for cricket near the Golf Course.

QCA has been associated with the Qatar Olympic Committee and they always encouraged us and gave every support for sending teams outside for participation in cricket tournaments organized by the Asian Cricket Council and International Cricket Council.

The Q.C.A. is receiving training/coaching facilities from the Asian Cricket Council. At that time, it had around 20 qualified umpires and 12 qualified Coaches.

The QCA has formed National Teams meeting the criteria of the ICC and ACC through schools for Under 15, Under 17, Under 19 and National full team. These National teams have participated in all the tournaments organized by the ACC and ICC. The Qatar has won Under 15 ACC Challenge Cup in 2007.

In 2007 Qatar Cricket Association created an interest among girls and women’s and introduced cricket game. The cricket become popular among women’s and participated in the ACC under 19 tournaments in Dec 2008, where they achieved 5th position out of 12 teams of the Asian Countries.

Cricket was progressing day by day and with the help of ICC and ACC, the QCA currently reached to 45 qualified Coaches, and 37 qualified umpires, with qualified match Referees and qualified Educators. The Qatar Cricket Association is fully capable to host ICC International Tournaments in Qatar.   In addition to this the QCA is capable to conduct training courses for Coaches and umpires. The QCA has recently organized first ODI series in Qatar with Afghanistan v Netherlands, in January 2022.
The Qatar Cricket Association stands for ICC ranking for Men’s T20 (21), ICC Women’s (50) and 50 Over for 29.
QCA is participating in ICC Men’s Challenge League A in September 2022 and to be played in November 2022, in Malaysia.  This is pathway to ICC World Cup 2023. QCA is also participating for ICC under 19 World Cup Asia Division 2 Qualifier in Sept 2022 in Oman.
At present QCA is headed by the President Sheikh Abdulaziz Bin Saoud Al thani and he has taken steps to bring rapid change in the development of cricket in Qatar. He started to bring cricket to be played in all regions in Doha.  Additionally he intends to expand more playing facilities in Qatar.
The QCA are thankful to the President, General Secretary and Qatar Olympic Committee who are supporting QCA in Development of cricket in Qatar