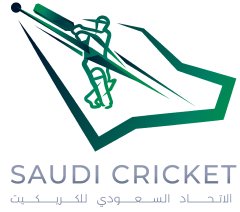 Saudi Arabia was promoted to associate membership in 2016 by the International Cricket Council (ICC) after being an affiliate member since 2003. Saudi Arabia also officially became the 39th full member (non-test playing) of the Asian Cricket Council in 2016. It ranks 28th in the global T20 world ranking.

The first references to cricket in Saudi Arabia was in 1960. Organised cricket was developed by the mid-1970s when associations were formed. The legal status to organise cricket events was attained in 2003, and during the same year Saudi Arabia also obtained the status of a country participating in international cricket events.

Currently, there are 15 regional cricket associations affiliated with Saudi Arabian Cricket Federation based in 11 cities of Saudi Arabia.