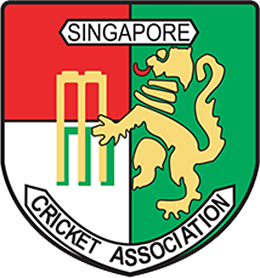 Cricket in Singapore has been played for well over a century. Cricket was an important recreational activity, with matches often played against the officers of visiting ships. The iconic Singapore Cricket Club was formed in 1852 and played its first match amongst themselves the same year.

Cricket saw a sharp decline in interest in post-independence Singapore but was still played amongst a much smaller fraternity up until 1992 when the SCA embarked on a Development Program to reintroduce young Singaporeans to the game. This development initiative, coupled with the increased migration to a first world Singapore in the late 90s from the subcontinent saw playing numbers increase dramatically and in present day Singapore, over 7000 registered cricketers play in the SCA sanctioned leagues.

Apart from playing regularly against neighbours Malaysia in the Saudara Cup (3 day), Stan Nagiah Trophy (50 Overs) and the Carl Schubert U23s Trophy (3 day) since the 1970s till the present day, Singapore also participated in a quadrangular series called the Tuanku Jaafar Trophy which began in 1992 along with Malaysia, Thailand and Hong Kong up till 2004. Tournaments like the ACC Trophy took more prominence in the 2000’s and Singapore’s first foray into the World Cricket League began in 2007 when they played in Division 5 in Jersey. Singapore made slow but steady progress up the divisions and as of 2016, are in Division 3 of the World Cricket League.

The game has grown steadily in Singapore with over 5000 cricketers playing across the six divisions, corporate, junior leagues of the SCA and social leagues. SCA and private cricket clinics cater to the development of youngsters across the island nation and awareness of the game amongst the local populous is also beginning to grow. Modified forms of cricket like Indoor Cricket, Beach Cricket and Tennis Ball cricket are also starting to take shape and in a nation where a game of cricket was hard to come by less than 20 years ago, is now a regular sight around the country.