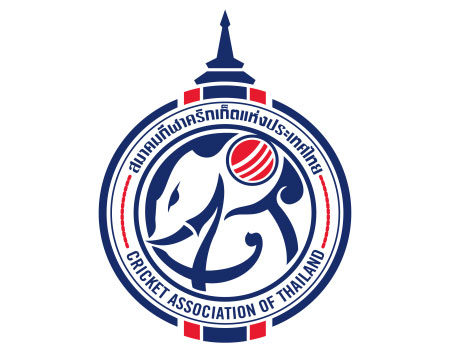 The first records of cricket being played in Thailand date back to 1890, though it is believed that the odd game was staged even earlier. In those days, there was only one venue for cricket – the Pramane Ground next to the Grand Palace. The Bangkok Times of November 8, 1890, reported: “Bangkok C.C. will play a scratch match this afternoon on the grounds opposite the Palace, commencing at 3 o’clock sharp. The public is cordially invited.”

The game has now spread across the large country with schools and universities in 21 provinces taking up this noble game. Cricket has become a nationally recognized game with more youths and seniors participating in the National Youth Games and National Games.

The major development was the fielding of Thailand’s first national team in 1990, culminating with participation in 1996 in the inaugural ACC Trophy hosted in Kuala Lumpur and in the following year fielding an Under 19 team in the inaugural Youth Asia Cup in Hong Kong. The greater scope of the game beyond Thailand’s boundaries was being appreciated too, so to the need to raise its level of competitiveness.

The need to develop the local cricketing human capital is of paramount importance so as to raise the playing standards and allow them to climb the global rankings.

National recognition and acceptance breeds success while visibility sustains identifiable credibility. Thailand cricket will continue to be dedicated to enhancing its positive national identity through credible execution of programs and partnerships. It will strive to improve and deliver effective proactive internal and external communications using all forms of media.

Thai National women’s team has particularly shone. Winning the ACC Women’s Championship in 2012 and 2014 won them a place at the ICC Women’s World T20 Qualifiers in Ireland in 2013and Thailand in 2015. This, it would be salutary to be reminded, from a team that was formed only in 2007.