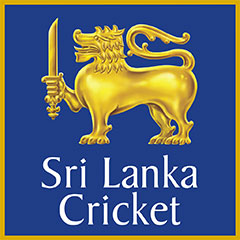 Cricket began to develop in Sri Lanka once the process of British colonisation was completed in the early 1800s. The earliest reference to the game in Sri Lanka was reported in the "Colombo Journal" on 5 September 1832 which was when the formation of a cricket club was recorded. The Colombo cricket club was formed soon after in November 1832 and played its first cricket match against the 97th British Regiment. Although the domestic first-class system was set up in 1937-38 it was not until 1981 that Sri Lanka became the eighth Test playing country (playing its inaugural Test the following year in Colombo against England).

After winning just four games out of 26 during the first five ICC Cricket World Cup tournaments, the next edition brought forth the most unlikely winner of a major international cricket tournament thus far. Sri Lanka's victory over Australia in the 1996 final was the climax to an outstanding competition for Arjuna Ranatunga's men. Sri Lanka has since reached the final twice, when Australia exacted its revenge in West Indies in 2007 and India lifted its first World Cup in 28 years in 2011. It was also joint-winners, with India, in the ICC Champions Trophy on home soil in 2002. Sri Lanka's participation in the inaugural ICC World Twenty20 in 2007 flattered to deceive as it was knocked out in the Super Eights. In subsequent editions, it lost twice after making it to the final (in 2009 and 2012), before finally winning its first title by overcoming India in 2014. Sri Lanka continues to be a tough nut to crack on the Test circuit - particularly at home.

Although Sri Lanka women only played its first recognized international match just over a decade ago, in 1997, it has already run up a fair tally of one-day internationals, appeared in several ICC Cricket World Cups, and even played in a Test, a form of women's cricket which is increasingly less common. It owes much to Gwen Herath - the former president of the WCA of Sri Lanka - for her administration in the days before the men's board took over in 2005. In 2007, the ICC's High Performance Manager, Richard Done, created a further improvement strategy for Sri Lankan women's cricket, including introducing a schools-based competition. The aim was to increase its performances at such tournaments as the Asia Cup - where it has regularly made the final - and the 2009 World Cup, although it failed to win a match.