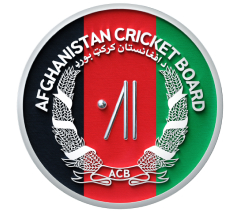 Cricket was first reported to be played in Kabul, Afghanistan in 1839 during the Anglo-Afghan wars with British troops.

In the 1990s, cricket became popular amongst Afghans, and the Afghanistan Cricket Federation was formed in 1995. The Afghanistan Cricket Federation was elected as an affiliate member of the ICC in 2008, followed by Associate membership in 2014. In 2015, Afghanistan qualified for the ICC World Cup 2015 which was hosted in Australia and New Zealand. They have qualified for the ICC World Twenty20 qualifier on four consecutive occasions, and participated in ICC World Twenty20 three times. The Afghanistan national cricket team earned official One Day International status in April 2009. The U19 team earned a spot in the ICC Under-19 Cricket World Cup 2012.

Today cricket is the most popular sport in Afghanistan and the development of the sport has had significant interest increase due to the quick progress of the Afghanistan Cricket Team in the international arena.

The Afghanistan Cricket Team has been dubbed “The Rising Star” in the international Cricket. After winning ICC World Cricket League Division 3 and qualifying for the ICC World Twenty20 in 2010, the team qualified to the ICC Cricket World Cup 2015 after beating Kenya and successfully recorded its first ever win against Scotland. Soon after the team beat Zimbabwe in a series of ODI and T20I matches.

The game development in the country is unique. The increasing number of cricket clubs and registered players is making the context very much inclusive. The grounds and academy development has made the game accessible to the youth in the country.