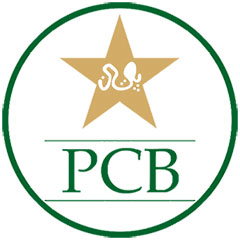 Following the Partition of India in 1947, and the establishment of the separate nation state of Pakistan, it was not long before the latter was accepted into the Test fold at a meeting of the Imperial Cricket Conference in July 1952, after being recommended by India. Pakistan's first Test match took place in Delhi in October 1952 and its first home five-day encounter was held in Dacca (also against India) in January 1955.

After three successive appearances in the semi-final of the ICC Cricket World Cup, Pakistan made it one step further in 1992 when Imran Khan led his side to a 22-run win. It reached the final again in 1999 but failed to get out of the group stages in the last two competitions. Pakistan did almost win the inaugural ICC World Twenty20 2007 but it fell agonisingly short in the final against India, although it managed to defeat Sri Lanka to win the 2009 event at Lord's. Pakistan is a mercurial team in all forms of the game - capable of beating the best yet also slumping to humiliating losses when least expected. Security issues means it is currently unable to play matches in its homeland, meaning England played host to one-day and Test series against Australia and the home nation in 2010. In the years that have followed, UAE has consistently served as host to Pakistan.

Having appeared in the Women's World Cup in 1997, it earned a place in the ICC Women's World Cup 2009 after overcoming stiff opposition in the qualifying event - which was shifted from its home country to South Africa following political unrest. Going into the World Cup it was ranked eighth, and emerged as sixth in the world. The Pakistan women's cricket team is certainly heading in the right direction.