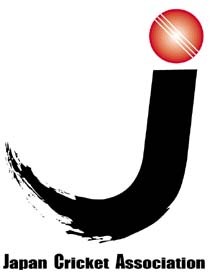 Cricket was first played in Japan in 1863 by the British five years before the time of the Meiji Restoration. The first cricket club, the Yokohama Cricket Club (currently the Yokohama Country & Athletic Club) was founded in 1868 by a Scottish tea merchant named JP Mollison who had previously lived in Shanghai and played cricket there as well. However, unlike baseball which was first introduced around the same time and became a very popular national sport, cricket did not spread out from expatriate circles.

After over 100 years, Professor Makoto Yamada of Kobe City University of Foreign Studies established the first Japanese cricket club in Kobe. Then it was picked up by Universities such as Keio University (1987), Chuo University (1989) and Senshu University (1989). The students were looking for something unique and cricket had a great appeal to them as it was virtually an unknown sport in the country.

Japan Men's National Team first appeared in an internationally recognized tournament in 1996 when it participated in the Asian Cricket Council Trophy. Japan played in three ACC Trophies before being located in the East Asia-Pacific Region of the ICC Development Programme. Japan won the ICC EAP Cricket Cup in 2005 and then in 2007 upon which it was awarded a place in the World Cricket League.

Japan Women's National Team has had great success in recent years. Japan joined the IWCC in 1995 and made its international debut at the IWCC Trophy in 2003. The Japanese Women's National Team had an outstanding year in 2010 when it won the ICC EAP Women's Cricket Trophy, and then won Bronze Medal at the Asian Games. The team participated in the ICC Women's World Cup Qualifier in 2011 where it beat an ICC Full Member, Zimbabwe, for the first time.