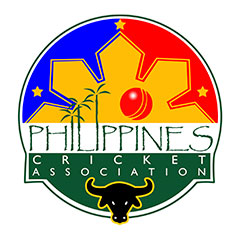 Cricket in the Philippines is synonymous with Nomads Sports Club in Manila where the game has been played since 1914. Since 2003 the Philippines Cricket Association has been an affiliate member of the International Cricket Council.

The cricket season runs from October through until early June each year. There are currently 26 active clubs who participate in organised competitions, and a number of other teams whose activities are confined to social cricket, and competing in six a side tournaments. Outside of Manila social cricket is played in Cebu, Baguio, Davao and Angeles City.

In 2011 the first Philippine national cricket team saw action in the East Asia Pacific Division 2 championship in Samoa. After recording convincing wins over Indonesia, the Cook Islands, Tonga and South Korea the team was defeated in the final by the host nation.

In 2014 the national team travelled to Lismore in New South Wales and took part in the EAP Tournament finishing a credible 5th amongst the 8 competing nations.

With cricket now being a full medal sport in the Asian Games it is hoped that a Philippine national team will be able to compete in the next games in 2018.

In November each year the Association organises an International Six a Side Tournament which is played at Clark in Pampagna. This is one of the most popular sixes tournaments in Asia. New teams are always welcome, just contact Philippines Cricket Association for entry details.