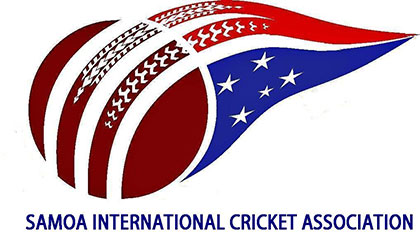 Cricket in the Samoan islands has a colourful history since it was introduced in 1884 by the visit of the British Royal Navy vessel, the HMS Diamond. Since this time, not too much is known of organised cricket in the islands but from 1964, a band of locals and hardy expats would gather together as the Wanderers to play against passing cruise ships and other visitors. Ad hoc cricket fixtures and tournaments were the norm around Samoa until the late 1990s when an Association and Committee was formed to take cricket to the next level.

In 2000, the Samoa International Cricket Association (SICA) became an Affiliate Member of the ICC. SICA enjoys a strong partnership with Auckland Cricket, who provides professional assistance and training in all areas of cricket including coaching, umpiring and administration.

The patron of SICA is the Honourable Prime Minister Tuilaepa Lupesoliai Sailele Malielegoai. The Prime Minister's strong support of cricket has helped the sport maintain a high profile in Samoa and ensures that cricket continues to grow and develop. Cricket is now played at Samoa's premier cultural carnival, the Teuila Festival, inextricably linking the sport with Samoan culture.

Since joining the ICC, Samoa has participated in many international tournaments at senior level, including: the 2001 and 2002 ICC Pacific Cup tournaments, the 2003 South Pacific Games and the 2009 ICC East Asia-Pacific Trophy.

SICA has hosted numerous international tournaments on its home turf, including the 2002 Pacifica Cup, the 2007 ICC East Asia-Pacific Cricket 8s and the Annual Prime Minister's Cup Easter Tournament. Samoa also hosted the region's premier multi-sport event, the South Pacific Games, in August-September 2007. These events have provided great exposure for cricket within Samoa and the region and have showcased SICA's event management skills.

Cricket is strong at grassroots level due to the dedicated junior development programme, which operates in schools. This programme is carried out entirely by SICA junior development volunteers. A schoolboys' tournament is conducted annually and the programme has expanded successfully to rural areas where children in the outer villages are being exposed to the game. Cricket also enjoys links with traditional Samoan Kirikiti, ensuring that the game is enjoyed nationwide. For the first time in 2009, cricket was introduced to the annual 'Teuila Festival', Samoa's premier cultural festival, thus promoting cricket as a national game played by all Samoans.

Women's cricket is the next big thing to hit Samoa with the introduction of women's cricket during Samoa's premier cultural event, the Teuila Festival.