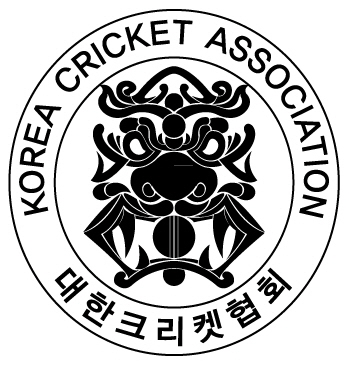 Cricket was introduced to Korea in the 1980s by foreigners who lived in Korea and played in the domestic league competition, which was set up in the early 1990s.

Korea first became affiliated with the ICC in 2001 and in 2002 Korea took an 8 a side team comprised of mostly expats to Australia. Their first international appearance to date was in the ICC EAP 8s tournament in Perth in 2002, where they came fourth in a tournament that also involved Japan Indonesia and an Australian Aborigines team.

The next major leap forward in Korean cricket was ICC Pepsi Global Development funding in 2007. This funding afforded the Korean Cricket Association (KCA) more opportunities to develop the local competition and the National Korean team players by giving them opportunities to travel and compete more regularly in competition with generous donations from the Incheon City Council.

Sungkyunkwan University played an integral role in providing the facilities for Cricket on their university campus and a deal was brokered by the head of the Physical Education Department with the expats to teach the university students Cricket as an elective, instead of other more popular mainstream Korea sports, such as Baseball.

The development and interest grew rapidly and Korea entered a team in the 2011 Pepsi ICC EAP Division 2 Cricket Trophy in Samoa in which they finished 5th and showed a great deal of potential for the future development of Cricket on the peninsula.

KCA became an associate member of the Korean Olympic Committee in 2013 provided full support to the National team for the success of the 2014 Incheon Asian Games. Prior to their entry to the Asian Games in 2014 the Korean National team had been working hard to improve and develop their skills while also fostering relationships with other Cricket playing nations in the Asia region.

In 2014 Korea hosted the Asian Games in Incheon and made the Quarter Finals, losing to Sri Lanka and it was here that Korea was to showcase their abilities in the Cricket arena by showing the cricketing world that they are a rising force in the Asian region and with the continued support from the ICC, KOC and the Incheon City Government.

The Yeonhui Cricket Ground, which was constructed from seed money from the KOC and the Incheon City Government is testament to Korea’s commitment to the development of Cricket in the Asia region and after the success of the IAG, Korea has started to host International Tournaments like the 2015 inaugural East Asia Women’s Cup (China, Hong-Kong, Japan and Korea) and Annual IAG Memorial tournament.

Korea has developed quickly in many ways and it won’t be long before Korean Cricket and their players make an impact around the world, similar to the success stories of Korean Baseball which has become a powerhouse in the world with many players being drafted into the Major League.