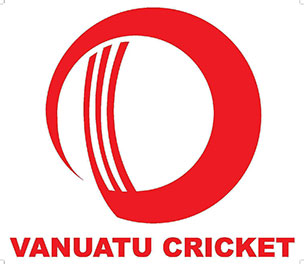 Cricket was introduced in Vanuatu at the end of the 19th century, through English expatriates that lived in the New Hebrides. Local competitions that involved teams of expatriates and native New Hebrideans from villages surrounding the capital, Port Vila, were run in and around Port Vila for many decades prior to the creation of the New Hebridean Cricket Association in 1978. The first international match was played in 1977 against a visiting Fijian team and in 1979 the Vanuatu National Cricket team created history by winning the silver medal at the first South Pacific Games to include cricket.

In 2005 the VCA hosted the first East Asia-Pacific Cup and finished 3rd beating Tonga in the 3rd place play off in front of home fans. In 2008 Vanuatu entered its first global competition in Jersey and in 2009 became an Associate Member after defeating. Vanuatu won the region's first global tournament in 2012 defeating Ghana in the final of World Cricket League Division Eight.

Today Vanuatu has close to 20,000 participants every year and has the highest team ranking of any sport in Vanuatu at 35.

Since the introduction of the VCA's Development Programme in 2000, the game has grown in popularity, particularly among the Ni-Vanuatu population, and now local senior and junior competitions have both national and expatriate participation.

For a long time cricket was played at only one ground. The VCA has built four new grounds in the past five years to try to cope with the increased interest and enthusiasm for the game in Vanuatu.

As one of nine members to the ICC East Asia-Pacific (EAP) region, Vanuatu’s national squads performed strongly in global cricket. Since 2005, Vanuatu’s results include the following highlights with the Vanuatu Men’s squad who came first in Pacific Games in 2015 and the Vanuatu Women’s squad finished fourth.

Vanuatu’s expanding grass roots cricket programs have helped to take the game to more people than ever and have been recognised with many awards including the ICC Development Programme Awards – Best Spirit of Cricket Award in 2015.