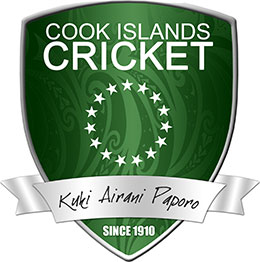 Cricket in the Cook Islands has enjoyed a long history, with the Rarotonga Cricket Club the first cricket club registered in 1910. Played mainly at that time by expats, it quickly expanded to include the outer islands of Aitutaki and Mangaia while also capturing the hearts of many Rarotongans. The Cook Islands became an ICC Affiliate Member in 2000. In 2009, nine years after becoming an ICC Affiliate Member, Alister Stevic was appointed as the organisation’s first general manager. This has proved to be a major turning point in Cook Islands Cricket and since then cricket has thrived as the people of the Cook Islands embraced the sport like never before.

The game has developed into new areas and communities, with the introduction of women’s cricket including several women’s leagues a particular highlight. In that time men's teams numbers have risen from 16 to 28, women's from 6 to 27, junior playing numbers from 48 to 3,000, over 100 newly certified officials and senior cricket expanding to four outer islands including the revival of cricket on Mangaia. Cook Islands Cricket is now widely recognized as one of the most successful and progressive sporting bodies in the Cook Islands.

Cook Islands Cricket has enjoyed a long and productive relationship with Northern Districts Cricket (NDC). The relationship was formed in early 2002 through the EAP office's 'State Provincial Partnership Programme'. The relationship began with former coach Grant Bradburn preparing and taking the national men's team to regional tournaments. Recently the relationship has evolved and the NDC provides support in equipment, promotional material and coach and umpire development visits.

The senior men’s national team first competed at international level in 2001 at the Pacifica Cricket Championships and have competed in every ICC EAP Men’s Trophy since 2006. Former Blackcap, Grant Bradburn’s involvement as coach for the Cook Islands national men’s side through CIC’s partnership with Northern Districts Cricket Association, helped the team improve significantly over the years.

In 2012 all of Alister Stevic’s hard work with female cricket locally paid off as the Cook Island Women’s team competed in their first women’s tournament in Vanuatu, finishing 6th. They went on to compete in the 2014 Pepsi ICC EAP Women’s Trophy in Japan where they won their first ever match against Vanuatu and were also one of six women’s teams to take part in the 2015 Pacific Games in Port Moresby, PNG. The team are well renowned for their enthusiasm, singing and genuine love for the game every time they take the field.