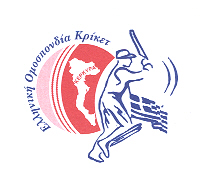 Cricket appears historically in Corfu, which was under the British domination, on the 23rd of April 1823 with a game between officers of the British Navy and the Garrison. From then on, only twelve years needed for the Corfiots to learn the game and form two local sides and start taking up the British. The one was consisted of players of minor and medium rang and named Small and the other one was consisted of players of a higher rang and named Large.

On the departure of the British from Corfu in 1864 there evolved two local clubs - the Gongakis company and the Camvissis club. In 1893 however owing to a dearth of players these clubs merged to become the Gymnastikos club, one of the eldest clubs in Greece, the sole opponents being frequent visiting ships of the Royal Navy. In 1923 the Ergatikos club was formed and in 1936 it opened its doors to members of the aristocracy and became known as the Byron C.C. in honour of the famous poet.

After the Second World War, cricket has survived due to the excellent publicity made by the British media (BBC, Daily Telegraph etc)

The Times of 14th December 1859 reported: Corfu has this year been visited by an extraordinary number of fashionable tourists, politicians, artistic and sporting. The later are the most numerous. This is still true 150 years later.

In 1997 the Hellenic Cricket Federation (H.C.F.) was established which is an affiliate member of ICC.

The Hellenic Cricket Federation has done important steps into junior development. Through the programme "Cricket goes to school" and after special permission from the Ministry of Education, cricket every year is taught to nearly all the primary and secondary schools of Corfu.