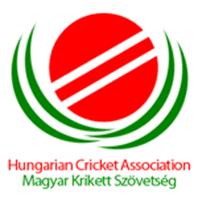 A cricket club was formed in Budapest in 1991 followed by Dr Padma Gannoruwa in April 1996 who started a cricket initiative in Budapest, and led a team comprising both Hungarians and expats against teams from Germany, Austria and even a touring British club. During summer they had weekly cricket practice at the Budapest University Sports Grounds and in winter held indoor cricket coaching camps in the Budapest Sports Stadium.

The Hungarian Cricket Association (HCA) with an executive board of Andy Grieve, David Brown and Andrew Leckonby was formed in 2007. On 28 June 2012 the most significant mark of progress for Hungarian cricket: official acceptance to the ICC as an Affiliate Member.

With 2 sponsored Leagues (2 divisions), a sponsored T20 Cup, a thriving national team and 2 locations with cricket nets in Budapest to add to the fantastic GB Oval and KAC cricket ground/training facility, cricket in Hungary is booming.

Women’s’ cricket continues to grow and expand, as signified by the recent creation of the Budapest Ladies Cricket Club and several women and girls playing in the main League competitions. Junior cricket is progressing exceptionally well, with active clubs in Budapest, Szekesfehervar, Szolnok, and Bekescsaba. The 2012 Junior indoor tournament was won by a team consisting entirely of Native Hungarian girls from Bekescsaba. Several junior players are performing well in the 2nd division of the league. A native cricket training for adults is taking place every week, and more and more native players are participating in the Leagues and performing well.