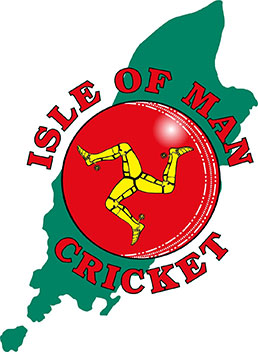 The Isle of Man lies in the middle of the Irish Sea, between England, Ireland, Scotland and Wales. Almost diamond shaped, it is 33 miles long, 13 miles across at its widest and covers 227 square miles. The country is not part of the United Kingdom (nor the European Union) and has its own parliament, laws and currency, which is tied to sterling.

Cricket has been played since the 19th century. The Isle of Man Cricket Club (now the IOM Cricket Association) was formed in 1930 to foster the interests of the sport and assist the existing clubs. One of the founder members of the IOMCC was the late T.W. Cain, who held the post of Secretary from 1930 to 1946 and then Chairman from 1946 to 1971. The Cain Cup is still the premier weekday trophy.

Over the decades, many teams from the UK and Ireland have toured. Each year, the MCC sends a side to play against the Island sides and King William's College.

The Isle of Man currently compete in ICC Europe division 2 but have previously reached division 1. As an ICC nation we look to compete against other ICC national sides in organised and non organised comps to continually improve the standard of our team. Junior representative sides are also currently run at Under 11 and 13 age groups who compete against English counties.There is an emerging players programme to bridge the gap for younger players into the national team.

The development of excellence programme is designed to give those players who have the right attributes the opportunity to compete on the world stage.