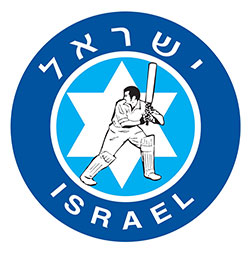 Cricket has been played in Israel since the days of the British Mandate, which began in 1917, although the first national league, consisting of 10 clubs, was only set up in 1966. The Israel Cricket Association was founded in 1968. Israel became an Associate Member of the ICC in 1974. Numerous touring teams, predominantly club sides from Britain, have toured Israel, and both senior and junior teams from Australia, England, India and South Africa are hosted in the Maccabi Games, played every four years.

Israel has participated in numerous other international tournaments since 1970, including all ICC Trophy competitions. There are 18 teams in the domestic league, which is divided into two divisions. All league matches are one-day games with 80 overs in a day. Teams come from towns such as Lod, Ra-anana, Ramle, Tel Aviv and Ashdod in the centre of the country, as well as Kiryat Gat, Be-er Sheva, Dimona and Eilat in the south. In addition to the league, a cup competition has traditionally been played, although this was replaced by a Twenty20 competition in 2009.

Israel has a vibrant youth development programme, which has yielded excellent results in recent years, including gold medals at many European tournaments at different age groups and a silver medal at the 2005 Maccabi Games. Cricket is played as part of the curriculum at numerous elementary schools and afternoon practices take place daily, mainly in the south.

Activities such as Kwik cricket tournaments are held on all holidays, and training sessions and matches for younger players are arranged on a regular basis. In March 2007, an Israel youth team toured India for the first time. Israel has an active Umpires Association that provides training and organises seminars for local umpires, often with the assistance of visiting umpire instructors.