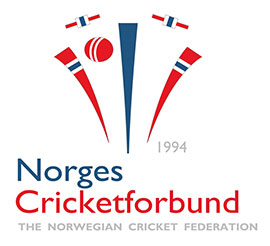 Norway is one of cricket's most northern outposts but the sport has a healthy and growing position in a nation of only five million people. The first cricket match in Norway was played in 1866. Despite efforts to grow the sport at the time, cricket had all but disappeared by the turn of the century. In the 1970s, cricket experienced a rebirth in Norway as Asian immigrants started playing matches in and around Oslo. As a result, the first Norwegian cricket club was founded in 1974.

Cricket grew slowly through the 1980s before interest picked up significantly in the 1990s. The Norwegian Cricket Federation was established in 1994 and, in June 2000, Norway gained affiliate members with the ICC. In May 2007, cricket received confirmation as a recognized sport in Norway when the Federation was granted membership into the Norwegian Olympic and Paralympic Committee and Confederation of Sports (NIF).

Today, there are 67 cricket clubs in Norway with 5000 active members. League play is organized into six divisions for men and one division for women. Cricket is being played across all ages and is recognized as Norway’s most diverse sport.

The men’s national team has performed at a high level in international competitions in Europe and across the world for a number of years. As a result, the team has consistently been ranked in the top 10 among European associate and affiliates members. In 2006, Norway won the ECC Division Two Championships and in 2014, Norway won the ICC Europe Division Two. After mostly relying on skilled ex-pat cricketers, Norway has recently benefitted from a young and exciting pipeline of homegrown talent.

The women’s national team came together for the first time in 2014. In spring 2015, Norway hosted a national match on home soil for the first time. In 2015 and 2016, the women’s team went abroad to compete against other European national teams. A key factor in the growth of women’s cricket is the opportunity for students to attend an “elite cricket” program as part of their high school education.

In 2016, Norway hired a fulltime head of sports and national team coach for the first time, with an eye towards developing and implementing a modern youth development program. Recently, focus has been on building more cricket grounds and developing a strong organizational culture built on development and first-class governance.