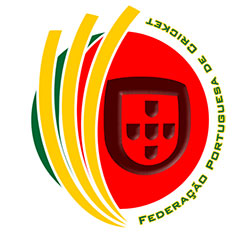 The history of cricket in Portugal goes back to the days of the Peninsular War when Wellington's British troops were encamped in Lisbon. The fact that there has been an annual fixture between sides from Oporto and Lisbon, played virtually every year since 1861, gives testimony to the credentials of the cricketing establishment.

Seen as a sport with strong English ties, it was the almost exclusive domain of a relatively small group of ex-pats and sons of British families of long-standing residence in Portugal. After the 1974 revolution, which saw the former Portuguese territories in Africa and the east being granted independence, the population shift of Portuguese nationals which resulted meant that there was an influx into metropolitan Portugal of people who had learned how to play cricket in places such as Goa and Mozambique. In addition, many Portuguese residing in Angola and Mozambique relocated to Rhodesia and South Africa where their children were soon exposed to the traditions of cricket.

The harnessing of this latent talent was no easy task but, with the help, guidance and understanding of the European Cricket Federation, European Cricket Council (ECC), and the International Cricket Council - Europe Office, over the past two decades, the present administrators of cricket in Portugal have embarked upon a development plan which is intended to see cricket progress into a truly national game within the next ten years.

The Cricket Association of Portugal was formed in 1994 and the Portuguese Cricket Federation in 2001. Portugal became an Affiliate member of the ICC in 1996.

International cricket started for Portugal in 1995. Playing in the European Cricket Federation Nations Cup in 1995 won the tournament, in 1996 runners up to France and in 1997 finished fourth. Playing in the ECC Trophy in 1999 were runners-up to Greece, in 2001 won the tournament, in 2003 finished in 5th position. In the ECC Division 3 tournaments in 2005, 2007 and 2009, and in the ECC Division 2 tournament in 2012 Portugal finished out of the top four, but in 2011 finished in 4th. In 2000, having been invited to play in the third European Cricket Championships in Glasgow, they finished fourth in Division II. In 2002, they finished third in Division II of the fourth European Cricket Championships in Belfast.

As far as development is concerned cricket has been accepted as an additional sport by the Physical Education Department of the University of Castelo Branco, and by 2 school boards. In 2015 the first under 14 interschool tournament was held.