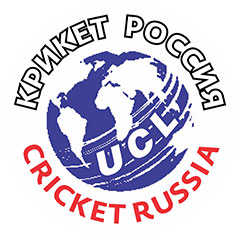 The game was played in St. Petersburg as early as the 1870s. In 1875, the British residents of the city challenged the sailors of the Prince of Wales’ Royal Yacht Osbourne to a match. By 1880 cricket was well established in St. Petersburg, with British diplomats and merchants challenging the British managers and foremen of the textile mills in an annual match. By 1895 there were four cricket clubs in St. Petersburg. The Communist Revolution of 1917 put paid to the spread of cricket in Russia as it was seen as a game of the "bourgeois" and playing it was discouraged. With the British moving out of St. Petersburg following the Revolution, the game quickly died with them.

Fast forward to 1995 the first cricket match was played in Russia, where two teams made up of expatriates participated in a one off match. Despite a few one off matches over the next couple of years it wasn't until 1997 when a match was played to celebrate the independence of India and Pakistan, that a glimpse of the potential to establish cricket in Russia was shown.

Cricket Russia is the sole and legitimate governing body of cricket in the territory of Russian Federation. In 2012 the first cricket academy was opened in Moscow and at present 50 young native boys,32 senior native men and 58 native girls are enrolled and are learning the skills of the game. All the rules, regulations and coaching manuals are translated into Russian Language.

The Russian National Cricket team played their first home representative match against a touring side from North Wales - Carmel & District Cricket Club - at the Moscow State University Baseball Stadium in 2007. There are also sporadic games of cricket played in St. Petersburg and other cities of Russia.