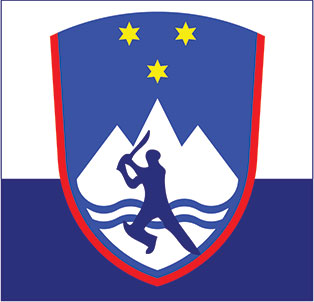 In 1974, a young boy from Mezica, Borut Cegovnik, fell in love with the game of Cricket, whilst studying English in Birchington, Kent. With his pocket money he bought some stumps, a bat and a ball and took them back to Slovenia so he could play cricket with his friends. This group of boys went on to form the current Mezica Cricket Club.

Ljubljana CC was established in 1997 by a group of expats and Slovenes and the first Slovenian national team competed in Vienna in the European Representative tournament in 2000. After seeing Ljubljana Cricket club on a local TV program, the boys from Mezica were reunited and established the Mezica Cricket Club which now has a permanent ground and clubhouse. In 2005, the Slovenia Cricket Association (SCA) became an affiliate member of the ICC.

Since 2003, more than 5000 children have been taught cricket in junior schools throughout Slovenia. In 2009, The University of Sport in Ljubljana in conjunction with the Slovenian Cricket Association introduced cricket as a 3 month module to students of sport. Most of these students that graduate become sports teachers so the module gives them the skills required to teach cricket in schools.

The most important development program is the junior program with many schools being visited by volunteers from Ljubljana Cricket Club and others introducing cricket to primary school children. Where it has been particularly well-received, regular coaching is organized with the school eventually competing in inter-school competitions.

The Slovenian Cricket Association has built practice nets in the grounds of one of the schools that play in the school’s tournament so to further promote the game of cricket in Slovenia.