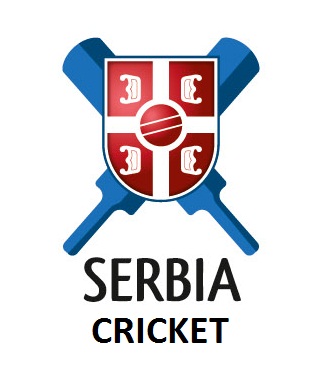 In September 2007, a small group of enthusiasts started gathering at the foot of the Kalemegdan fortress in Belgrade, improvising a wicket in order to hone their bowling and batting skills; much to the bemusement of those seated on the fortress walls. After several months the group grew large enough to allow the formation of two clubs - Stari Grad and Mirijevo. Cricket quickly spread beyond Belgrade, with the formation of Kablarski Soko in the town of Čačak in western Serbia in 2009.

This development pathed the way for the establishment of a national federation, the Serbian Cricket Federation (SCF) in 2009, and the first national 40 over and T20 championship. In 2010, the SCF became a member of the Serbian Sports Association and since 2013 has received annual funding from the Ministry of Youth and Sports of the Republic of Serbia. The SCF has participated in various charity programs and worked to involve vulnerable populations in sports – including free summer practice for “Street Children”, promotional activities in the multi-ethnic region of Southern Serbia (the Municipality of Bujanovac), and trainings for young Roma children.

The core of cricketers in Serbia consists of homegrown players, coaches and officials, with up to twenty percent of expats involved.

The National team has participated in a number of international tournaments in neighbouring countries – EuroT20 in Macedonia, Hungary and Bulgaria, and Continental Cup and Tri Nations Tournament in Romania. The biggest achievement to date was reaching the semi-finals of the EuroT20 in Hungary in 2011. In addition, Belgrade hosted a number of international matches and tournaments with clubs from the region, UK and the Germany among our guests.

Cricketers are mostly recruited in Belgrade high schools and faculties, but the SCF also works with elementary schools. The Belgrade Cricket Association is focused on organizing U14 and U16 competitions. Bodrog Deers have a full U14 section, comprised of local Roma children. Women are included in the existing league system and compete for Dunav, Centurion and Sava clubs.