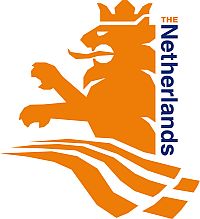 Cricket was introduced to The Netherlands by British soldiers during the Napoleonic Wars in the 19th Century, and the Cape Colony in 1856. In the 1860s, it was considered a major sport in the country. The Netherlands national team played its first-ever game in 1881. It fielded 22 players against an Uxbridge Cricket Club XI, but still lost by an innings.

Many other sports (notably football) have long since surpassed cricket in popularity among the Dutch. Today there are around 5.000 cricketers spread around the country, mostly located in the western, central, and some eastern, regions. In 1966, the Netherlands achieved Associate Membership of the ICC.

In 1985 the KNCB and the Dutch Women’s Cricket Associatiopn (NDCB) merged into one organisation, overlooking all senior and junior cricket in the Netherlands.

The Dutch men’s team took part in all eight ICC Trophy tournaments between 1979 and 2005, winning in Canada (2001) and finishing as runners-up twice (1986 and 1990). The Netherlands also participated in the 1996, 2003, 2007 and 2011 ICC Cricket World Cups. It also took part in the T20 World Cups in 2009, 2014 and 2016. The greatest moment for the Netherlands came in June 2009. Facing England at Lord's in the opening match of WC T20, the Netherlands pulled off a dramatic victory off the final ball. The team repeated this success by qualifying for the Super-10 stage in 2014 in Bangladesh via a spectacular victory over Ireland, achieving this win needing 190 runs within 14 overs to reach the second stage on net run rate. It then again beat England in the Super-10.

In 2004, it began competing in first-class cricket as part of the ICC Intercontinental Cup. Although it achieved little success in the competition as a team, Ryan ten Doeschate set a new competition record individual score of 259 not out. In 2010, it defeated Bangladesh and qualified for the main Reliance Mobile ICC ODI Championship table. In 2012 the Dutch XI again beat Bangladesh, now in a T20. Unfortunately the team lost its ODI-status in the WC Qualifier in 2015, despite having finished in 2nd place in the WCL Championship.

All youth national squads, both boys and girls, travel to the UK each year to participate in tournaments and matches at a high level.