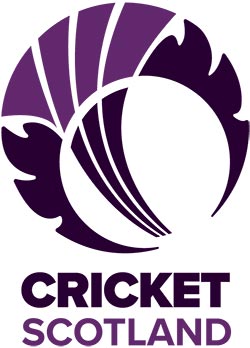 Scottish cricket has a distinguished pedigree stretching back to 1783, when the first recorded match was played at Schaw Park, Alloa. The oldest club in the country is Kelso, founded in 1820, and the Scottish Cricket Union, now known as Cricket Scotland, was formed later in the 19th century, organising occasional matches against sundry overseas teams touring Britain.

The true awakening of cricket as a national sport was stimulated when Scotland was admitted to the Benson & Hedges Cup tournament against the English counties in 1980. In 1992, Scotland applied to become an independent, Associate Member of the ICC, and this status was granted in 1994. Competitive matches against English County opposition continued until 2013 in a variety of tournaments, but Scotland's emphasis in recent years has been in International competition, where Scotland have appeared in the finals of several ICC global tournaments.

League cricket has been a feature for clubs all over Scotland since the 1890s. This continues to the present day, with over 20 weekend Leagues taking place every summer, plus a number of indoor Tournaments during the winter months.

Scotland first played as a recognised team in an eleven a side game in 1865 and have played a wide variety of opponents since them. International cricket commenced in 1880 with a visit by the touring Australian side. Touring Test teams continue to visit Scotland, but the focus switched to competitive International cricket in the mid 1990s through the European championships. Scotland then participated in the ICC Trophy for the first time in 1997, finishing in third place to qualify at the first attempt for the ICC Cricket World Cup, staged in the UK in 1999.

In 2004, Scotland won the inaugural ICC Intercontinental Cup for Associate Members, and followed that in 2005 by winning the ICC Trophy in Ireland to qualify for the 2007 World Cup. In doing so, it became the first ICC Member to hold two senior trophies at the same time. In 2007, Scotland was runners-up in the inaugural Pepsi ICC World Cricket League Division One tournament in Nairobi, thus qualifying to participate in the first ICC World Twenty20 later in the year. Since that year, Scotland have qualified for several more World Tournament Finals, maintaining their position as one of the top Associate Nations.

Scotland also has a very strong development programme growing the games in schools, clubs and through festivals across the country increasing participation and providing pathways to competitive domestic cricket.