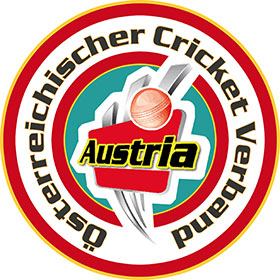 Having been played by the gardeners of rich aristocratic families at the end of the 19th century - at which time Vienna Cricket and Football Club was founded, cricket disappeared in Austria until after the Second World War, when it was played by British occupying troops on a recreational basis.

The modern era as such began in May 1975, when Kerry Tattersall introduced the game to his pupils at the commercial academy where he was teaching English and formed Vienna Cricket Club. Early opponents came from the United Nations (United Nations CC) and diplomatic services (Five Continents CC) and these founder clubs survive to this day.

Cricket remains predominantly Viennese-based with eleven of the 18 member clubs being based in Vienna. CC Velden '91 is the oldest non-Viennese club, operating since 1991. The latest addition to the ACA is ASKÖ Steyr CC from Upper-Austria.

In the past, Austria has hosted and participated in numerous ICC European competitions, having been instrumental in setting up the European Indoor Championships, and also hosting the ICC European Trophy twice - finishing second on both occasions.

In 2002, Austria played in the ICC European Championships for the first time, with a close loss to Gibraltar being its best performance. They did not compete again until 2009, when they took part in European Championship Division Four in Cyprus. A decent performance was put up as it won four out of five matches, finishing below Cyprus and Switzerland only on net run-rate.

In the recent years Austria has been one of the most popular countries for touring teams to visit and enjoy cricket in the beautiful ground in the outskirts of Vienna. With the establishment of new cricket academy in Austria, cricket is now being introduced in schools. Several indoor and outdoor competitions are held during the year.