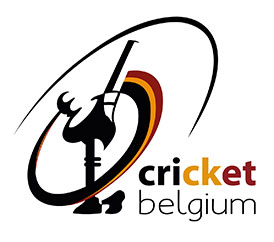 Recently published research has again indicated that Flemish weavers and shepherds who emigrated to the south of England from the 14th century onwards could have taken the game of cricket along with them. The new findings place Flemish 'creckettes' and 'weckettes' in the south of England in the mid-16th century, a time that coincides with a painting by the Flemish Master Pieter Breugel 'The Elder' which is said to show an early form of the game.

Whatever the case, there is then a gap of several centuries until we arrive at the first recorded cricket match in what is now Belgium. In one of those curious twists of history, this actually pre-dates Belgium itself by some 16 years. British Guards officers performed the honours, playing a match shortly before the Battle of Waterloo in 1815. Matches have been played to mark the 150th, 175th and the 200th. The first record of organised cricket, however, can be found in a painting dated 1870, this shows the opening of the Brussels Cricket Club ground in 1866 by the Mayor of Brussels.

The next club was the Antwerp Football and Cricket Club, founded in 1880 by expatriate British workers. Early in the 20th century, the football and cricket divisions of the club parted company. The football club is now in Belgium's second Division, while the cricket side remains one of the country's leading clubs.

The history of international competition in Belgium dates from the very early 1900s with a triangular tournament in Brussels and the first fixture against the Netherlands in 1905. This latter fixture became a regular feature of the calendar for some 70 years with De Telegraaf Cup at stake. Although this tradition has faded, Belgium and the Netherlands maintain close ties.

Cricket Belgium has always placed a strong emphasis on youth development. This commitment was realised when a full-time coach was employed in early 2006. The coach's main area of work is in the schools and in after-school cricket. Introductory cricket training sessions for teachers have been a great success.