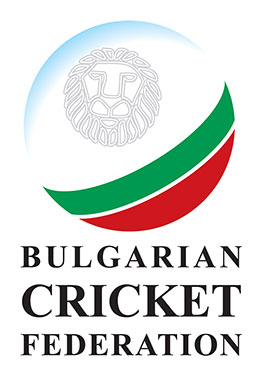 In the early stages of the 20th Century, English diplomats introduced the game of cricket into Bulgaria. After World War Two, the game was played in the American college in the centre of Southwest Bulgaria - Blagoevgrad. In the following decades of communist regime sports like cricket and baseball were considered a ‘capitalist entertainment’ and a ‘bad influence’, which therefore led to them being suspended.

The new history of Bulgarian cricket began in the 2002 with the official foundation of the Bulgarian Cricket Federation (BCF) with the efforts of a few enthusiastic sportsmen, captivated by the game. The Bulgarian Ministry of Sport recognized the BCF as one of its ‘new’ sports and was officially formed, the main aim was to develop the game throughout the country putting youth development as its main priority. The next year the first National Cricket Championship was held with the participation of four teams.

In June 2008 on its meeting, ICC granted Bulgaria with Affiliate status and new doors were opened for the development of cricket in the country.

The Bulgarian team played its first international game in 2004 when it beat the Serbian team of 'Tzurvena Zvezda'.

The BCF has received support from the ICC since 2002 with the Bulgarian national team participating in the 2004 European Representatives Championship held in Slovenia. Bulgaria finished last in the competition played with Croatia, Finland, Switzerland, Luxembourg and Slovenia. In 2007 and 2008, Bulgarian teams competed in a friendly tournament against New Victoria Cricket Club for the New Victoria CC Challenge Cup donated by Rewardaward.

In 2009, the national team participated in the ICC European Championship - Division 5 in Greece, where it finished in fourth place. Bulgaria also competed in a European Twenty20 tournament and organized it in 2012 with ranking of 4th place from 8 participating teams. In 2013 and 2014 the senior national team took part in the Continental Cricket Cup. In 2015 the first Balkan senior championship was organised where the Bulgarian team won second place.

In 2014 the Bulgarian National Women Team has played its first official tournament and got second place in the first Balkan Women Championship T20, organized in Sofia, winning the tournament in 2015. The BCF also hosted the first European Universities Cricket Trophy T20 with participating men and women universities teams.