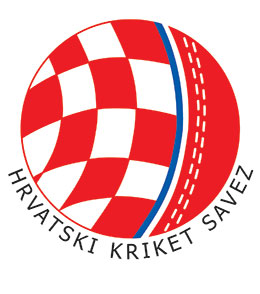 The first mention of the game of cricket in the seemingly unlikely central European country of Croatia dates back to the start of the 19th century. At this time, the British naval officer Captain William Hoste and his troops, stationed on the Croatian island of Vis, played cricket on the island during their spare time as a means of relaxing and maintaining morale. After Captain Hoste and his men left the island, the game of cricket left along with them, and it was not for almost another two centuries that the spirit of the game was rekindled in Croatia.

During the early to mid-1990s, the opportunity for many of the nearly four million Croats living outside Croatia to return to their homeland presented itself. When the idea to form a cricket club in Croatia was born, the founders did not have any proper cricketing equipment or any training facilities. Nevertheless, the passion for the game was so instilled in a small group of enthusiasts that they decided to start playing cricket in Croatia even though most had not played highly competitively in their 'countries of origin'.

In 2004, Croatia participated in the Representative Championship held in Ljubljana, Slovenia and took first place with five straight victories. The ECC Euro Affiliate Championships 2005 in Belgium was Croatia's sixth ECC tournament on the trot, managing to finish seventh out of nine competing nations to avoid relegation from this European third division.

2007 was a historic year for the Croatian national team as it claimed the ICC European Division 3 championships, held in Belgium, with a five-out-of-five win ratio.

Later on in 2007, it travelled and played the first international cricket match against Israel in a playoff-relegation match and successfully won the match to enter ICC European Division 2.

Twenty20 experience has also recently been gained through an 'A' side competing in a Euro Twenty20 tournament.