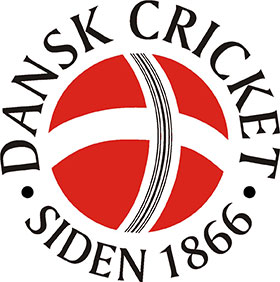 In the year 1840 a few Danish high school teachers were on a study visit to England and brought back the basics of the game of cricket to Denmark. Later in the 1860s the English railway engineers who constructed the railway tracks through Denmark founded cricket clubs in the cities of Randers and Odense. Further the famous Danish fairy tale author Hans Christian Andersen mentions in his diary from 1857 that he was playing cricket while visiting Charles Dickens in England and he got an injured finger hitting the ball. Many cricket clubs combined the cricket activities with football which meant that cricket was organized by the Danish Football Association, called Dansk Boldspil Union (DBU).

Since 1966 Denmark has participated in the various ICC competitions and the European Championships. In the European Division 1 Championship the Denmark national team took bronze medal in 1996 and 2008 and the silver medal in 1998 when Netherlands beat Denmark in the final in Den Haag. In the ICC Trophy 2001 in Canada Denmark was one win away from qualifying to the World Cup 2003 in South Africa. Denmark lost the deciding match against Canada. In the 2009 ICC Cricket World Cup Qualifier Denmark finished bottom of 12 teams and was relegated to the Division 3 in the ICC World Cricket League. Today Denmark is ranked in the ICC World Cricket League Division 4.

Denmark has a strong development programme with initiatives such as the Viborg Academy which has joined forces with Handball to invite young promising cricketers to study and train at the Academy. Spil Cricket is an educational programme to teach young Danish juniors the basics of cricket and how to get involved.