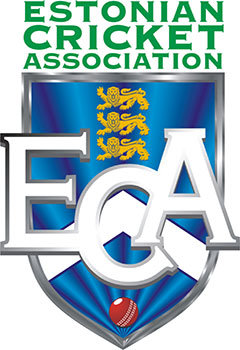 The game was first played in Estonia in 1998. An Estonian businessman returned from a trip to Australia obsessed with cricket and was determined to make a success of it in his native country. He approached a local Indian restaurateur based in Tallinn and, knowing his love for the game, arranged a match between some local bemused Estonians, versus the staff of Estonia's premier Indian restaurant. The result may have been forgotten, but the outcome has gone down in history. This was the day Estonian cricket was formed.

At first it was Indian restaurant employees, which consisted of Russians, Ukrainians, Georgians and Indians, against Estonians or local expats. As word grew, so did the team. The ground moved from a football pitch to a patch of ground in the middle of Tallinn's race course, the Hippodrome. An artificial pitch was laid, and all of a sudden, the Estonian cricketers had a home. In 2004, the Estonian Cricket Association was formed.

As Tallinn became easier to get to for those travelling by plane, and as the jungle drums of the cricket world announced that cricket was played in the Baltics, they came. Teams from the Netherlands, Finland and the United Kingdom all arrived with grey visions of Eastern Bloc outfall, but all left with happy faces of Estonian hospitality and glowing reports of cricket.

Estonia's first-ever away fixture was in the Helsinki Sixes competition against hosts Finland in 2003. Although the team came second to a vastly-experienced Finnish side, the team took heart that it reached the final, beating several Danish and Finnish league teams en route. This defeat would harden the team and help form a more serious structure for Estonian cricket.

Developing the game was as crucial as playing international competition. A board of directors was voted and appointed and were tasked with developing the game in Estonia. Main focus points were improving the standard of play, encouraging more Estonian nationals to play, and to get more children and schools involved.