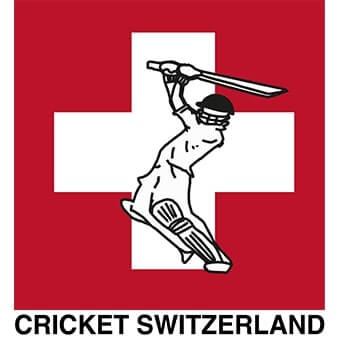 History of cricket in Switzerland

As the water colour of "Vue de la Ville de Genève et de Plein-Palais" from 1817 by Giovanni Salucci (Florence 1769-1845) illustrates, cricket had been played in Geneva since at least 1817. The first cricket club founded in Switzerland was Geneva in 1872, followed Zuoz in 1924.

However, it was not until the 1970’s that cricket truly began to plant its nationwide roots, with Geneva resuming after a long hiatus and Berne starting in 1977.

Eventually in 1980 the inaugural meeting of the Swiss Cricket Association was held; seven clubs from across the country formed the initial membership and competition.

Switzerland is also the birth place of the  prestigious ‘Cricket On Ice’, a unique tournament played every winter on the frozen lake in St. Moritz (1700 metres above sea-level) in the Swiss alps.  This tournament dates to at least the year 1900.

From the humble beginning of just a handful of enthusiastic juniors in 2005, more than 500 juniors aged between 7-16 years of age now play cricket.

Organised women’s cricket commenced in 2014 and is now being revamped under an ambitious development programme.

From its modest beginnings in 1980 when 7 teams commenced organized cricket, there are now 23 senior men’s teams competing nationally in three formats i.e., League (40 overs), Cup (T20) and T10.There are another 10 clubs and organisations comprising juniors, umpires and scorers, coaches, and social groupings.

There are now 7 junior clubs, which compete across five age groups (U11, U13, U15, U17, U19). The sport has reached out to several schools and proved popular with pupils – both boys and girls. This has allowed the steady integration of local youngsters into a sport unfamiliar in Switzerland.

Women’s cricket is relatively new to Switzerland. It is now the subject of an ambitious redevelopment programme.

Since the formal establishment of cricket in Switzerland, tours have been made regularly to various countries by individual clubs or by representative men’s, women’s and juniors teams. Nowadays a national men’s squad competes each year in Central European tournaments and juniors compete in multiple events

To increase the status and visibility of cricket in Switzerland, in 2018 Cricket Switzerland successfully applied to become a member of the peak national sporting body, Swiss Olympic. In doing so, cricket became an official national sport.