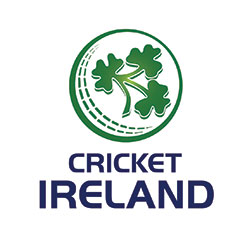 Cricket was introduced into Ireland by the English in the later stages of the 18th Century. The first record of a cricket match being played is in Phoenix Park in 1792 between a Colonel Lennox XI and an All Ireland team under the guidance of Major Hobart. The first native Irish club, Ballinsloe, was formed in 1825, and the majority of Irish clubs were set up in the next 50 years - among the most famous are Phoenix (1830), Waringstown (1851), Sion Mills (1864) and Cork County (1874).

Ireland played its first international game in 1855 when it beat The Gentlemen of England by 107 runs, and three years later it beat the MCC by an innings and 10 runs. In 1879, Ireland drew with Surrey, its first game against a county, and in the same year embarked on a tour of the USA and Canada. In 1888, Ireland began a series of games against Scotland, and the two teams have met each other on over 100 occasions since. An embryonic Irish Cricket Union was set up in 1890, although it was 1923 before it really became representative. A new streamlined Cricket Ireland board was set up in 2008 to govern the game more effectively.

Ireland became an Associate Member of the ICC in 1993, and played in its first ICC Trophy in 1994. Mike Hendrick became the first full-time Irish coach in 1995; his successors include Ken Rutherford, Adrian Birrell and Phil Simmons. A Chief Executive was appointed for the first time in 2003, and the post is currently held by Warren Deutrom.

Ireland has gained a number of international scalps over the years, defeating the West Indies on no fewer than three occasions in 1928, 1969 and 2004. The 1969 win saw the mighty West Indies dismissed for just 25, as Ireland recorded a nine-wicket win. Ireland's first win over international opposition had seen South Africa beaten in 1909.

The 2007 World Cup competition saw Ireland tie with Zimbabwe, and then famously defeat Pakistan to qualify for the Super Eights phase, where it comfortably beat Bangladesh. Ireland has also won the Intercontinental Cup three times, beating Kenya, Canada, and Namibia. In 2009, Ireland qualified for the Super Eights phase of the ICC World Twenty20, by defeating Bangladesh, and came within four runs of defeating England in an ODI in Belfast just after England's Ashes win in the same year.

There are four separate provincial unions - Northern Cricket Union, North West Cricket Union, Leinster Cricket Union and Munster. These all play their own individual league and cup competitions from senior right down to junior level.

There has been an incredible surge in youngsters playing and participating in the sport following the World Cup. Clubs right across the country are reporting a dramatic upsurge in numbers, typically by 100-300 per cent. This increased demand has meant many clubs running special sessions and camps.