•    The ticket ballot for the tournament will open on 1 September and close at the end of the month on 30 September. All remaining tickets will then go on general sale in October

India will launch its ICC Champions Trophy title defence against traditional rival Pakistan when the two Asian powerhouses go head to head at Edgbaston, Birmingham, on 4 June 2017. The 18-day tournament will run from 1 to 18 June 2017 and will also see matches played at the Cardiff Wales Stadium in Cardiff and The Oval in London.

A couple of days before this mouth-watering all-Asian clash, Australia and New Zealand will lock horns in a repeat of the ICC Cricket World Cup 2015 final at Edgbaston. Event host and 2004 and 2013 finalist England will take on Bangladesh in the tournament opener at The Oval, which will also be the venue for a battle between former champions Sri Lanka and South Africa on 3 June.

The tournament schedule was announced at The Oval exactly a year before the first ball is bowled in the tournament, in which a total of 15 matches - including three knock-out games - will be played over two and a half weeks.

The top eight sides on the MRF Tyres ICC ODI Team Rankings on 30 September 2015 have qualified for this tournament, with world champion Australia seeded number-one. It heads Group A, which also includes fourth seed New Zealand, sixth seed England and seventh seed Bangladesh, who will be returning to this competition for the first time since 2006.

The top two sides from each group will progress to the semi-finals, which will be played at Cardiff and Edgbaston on 14 and 15 June respectively, with The Oval hosting the final. There will be a reserve day for the final. 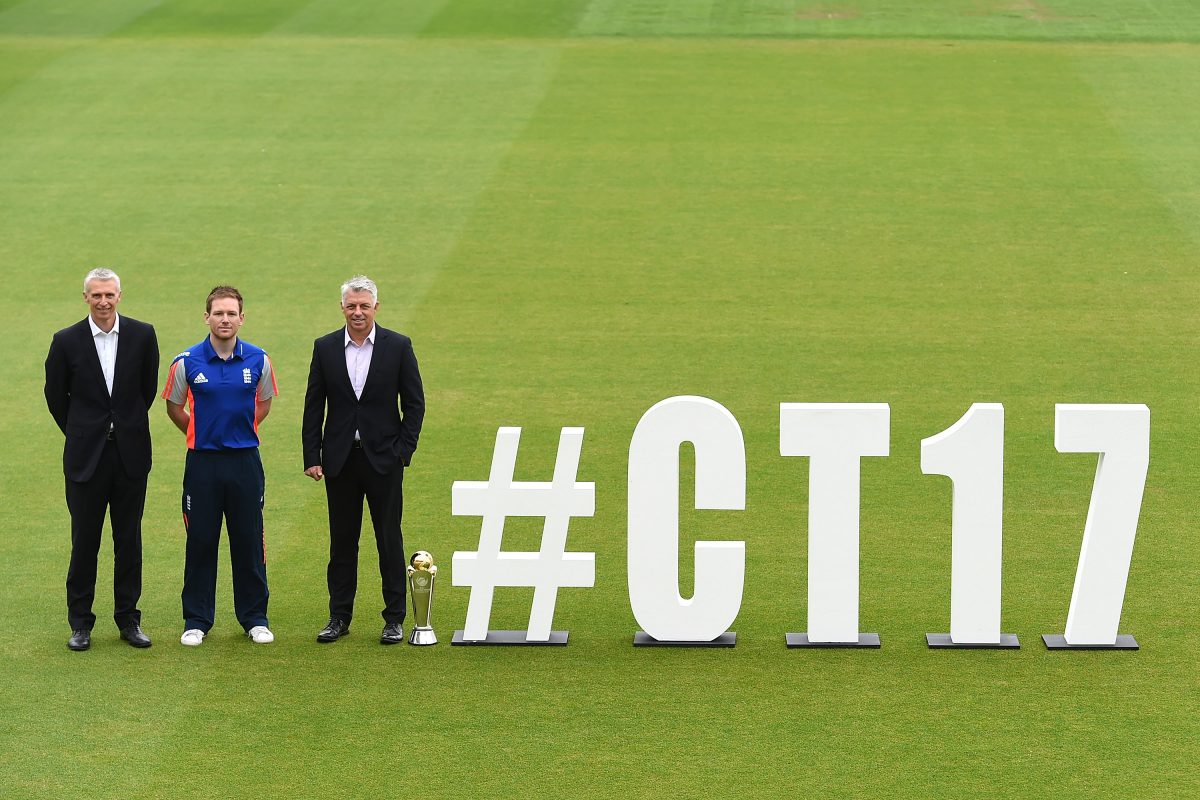 Announcing the schedule, ICC Chief Executive David Richardson said: “The ICC Champions Trophy is a short and sharp event, which is followed and enjoyed by the spectators and players alike.

“The ICC Champions Trophy 2017 is not just an ODI competition, it carries a great deal of value since it is being played just three months before the ICC Cricket World Cup 2019 qualification cut-off date. As such, every point earned here could be crucial.

“The announcement of the ICC Champions Trophy schedule 12 months before the start of the event will provide sufficient time to all eight sides to plan for the tournament and arrive in England and Wales fully prepared and geared up so that they can collect enough points to directly qualify for the 2019 extravaganza.

“These three competitions will provide the culturally diverse society of the United Kingdom as well as travelling fans from across the globe an opportunity to watch live action and follow their favourite players and sides.”

ECB’s Director - Events, Steve Elworthy, said: “The ICC Champions Trophy was a huge success in 2013, with packed grounds and thrilling cricket, so we look forward to welcoming it back to England and Wales this time next year.

“It will start three years of global events in England and Wales, with the ICC Women’s World Cup following shortly after and then the ICC Cricket World Cup in 2019. It is without doubt an exciting time for cricket in this country.”

In the 2013 event, India defeated Pakistan by eight wickets in a rain-reduced match at Edgbaston and then went on to beat England by five runs at the same venue to win its second ICC Champions Trophy title.

However, in the 2009 event in South Africa, Pakistan beat India by 54 runs at Centurion, which interestingly is its only victory over its old foes in a major ICC event.

Australia has won back to back ICC Champions Trophy titles in India and South Africa in 2006 and 2009 respectively, while New Zealand won the competition in Nairobi in 2000 when it was called the ICC Knock-Out.

England is hosting the event for the third time, having made the final in both of tournaments on which they have been on home soil previously. In 2004, it narrowly lost the final to the West Indies at The Oval by two wickets, while in 2013 it suffered a five-run defeat at Edgbaston.

South Africa won the inaugural event in Dhaka, Bangladesh, in 1998 while India and Sri Lanka shared the trophy in 2002.

Groups (based on teams’ rankings as on 30 September 2015; x denotes seeding)